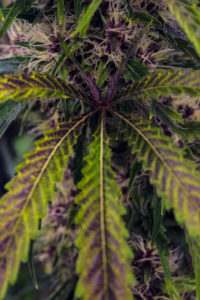 Earlier this month, The National Academy of Sciences issued a landmark report entitled, “The Health Effects of Cannabis and Cannabinoids: The Current State of Evidence and Recommendations for Research” which outright declared that there is conclusive evidence that cannabis can be used as a medicine.

In a review of over 10,000 scientific abstracts that comprise the scientific body of knowledge relating to cannabis in therapy and medicine, the National Academy of Sciences conducted one of the most in-depth and thorough reviews of modern research in an effort to determine what the scientific consensus was and to provide recommendations for future directions.

The report reached over 100 conclusions which alluded to the substance’s efficacy in treatment of chronic pain in adults, muscle spasticity in patients with multiple sclerosis or other neuropathic diseases, and chemotherapy-induced intractable illness such as nausea and vomiting.

The committee which penned the report was chaired by Marie McCormick, a professor pediatrics at Harvard Medical School in Massachusetts. In a statement, she prefaced that “For years the landscape of marijuana use has been rapidly shifting as more and more states are legalizing cannabis for the treatment of medical conditions and recreational use.” This report dovetails perfectly with that changing landscape as it sided with a vast swath of the scientific, regulatory, political, and citizen population that agrees on cannabis’s usefulness and potential as a therapeutic drug and has called for the reclassification of the drug out of Schedule 1.

Schedule I drugs are categorized based on three criteria: 1) they have a high potential for abuse, 2) they are not currently accepted for medical use and treatment in the United States, and 3) they are not accepted as a safe substance for use under medical supervision.

The National Academy of Science’s report explicitly names Schedule I classification of cannabis as a barrier that is impeding the advancement of cannabis and cannabinoid research.

This report comes in the wake of a presidential election cycle that put big wins on the pro-cannabis side by the likes of California and Massachusetts, but continues on in a political climate that waits impatiently for desperately needed federal reform.

Such a thorough review of the evidence and conclusions which point to the benefits of medical cannabis use only adds to the steadily mounting argument for cannabis legalization in this country. Such a turn would mean the eradication of barriers to new innovations, safer treatments, and more effective medicine.

Get Exclusive Invites to QC Parties and Events. Enter your email below:

Quality Concentrates are only to be consumed in accordance with state laws regarding access to cannabis. To visit our website, you must be at least 21 years old, or a valid medical cannabis patient. Are you eligible?